The Most Commonly Performed Jumps in Figure Skating

If you are a figure skating fan you have no doubt heard these terms used throughout the many competitions you’ve watched. In some cases you may even recognize them, but in most cases it is up to the narrator or announcer, or whatever they are called, to tell us what moves the skaters are making on the ice. Something I noticed during the 2010 Olympics was that the announcer wasn’t necessarily naming every move the skater made. There were, for example, a number of jumps that occurred that were not even mentioned. It was almost like I was “expected” to know what the move was.

With that in mind, I did some research on the top basic figure skating jumps that every figure skater must know. When skaters learn them, they learn them from simplest to most difficult, so that is how I will list them. Also keep in mind that higher point values are applied to the more difficult jumps and that all of these jumps can be performed as a double or triple jump, raising the level of difficulty, except for the waltz jump.

I hope this helps you to identify the jumps as they occur on the ice. Personally, I think it is amazing what these skaters do and find it amazing that their whole life has been dedicated to perfecting their performance in arguably the most beautifully performed sporting event in the world. 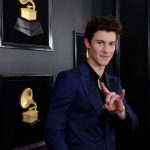