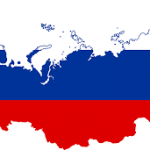 LAUSANNE, Switzerland — Russia’s Olympic team has been barred from the 2018 Winter Games in Pyeongchang, South Korea. The country’s government officials are forbidden to attend, its flag will not be displayed at the opening ceremony and its anthem will not sound.

That was the punishment issued Tuesday to the proud sports juggernaut that has long used the Olympics as a show of global force but was exposed for systematic doping in previously unfathomable ways. The International Olympic Committee, after completing its own prolonged investigations that reiterated what had been known for more than a year, handed Russia penalties for doping so severe they were without precedent in Olympics history.

We send out our lovely email newsletter with useful tips and techniques, recent articles and upcoming events. Thousands of readers have signed up already. Get a free WordPress eBook now.
2018 Winter Olympic Games, Russia 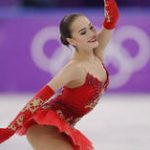 What else can Alina Zagitova dream of now she’s turned 18?