Kimmie Meissner, Davis & White to be inducted into U.S. Figure Skating Hall of Fame in January

Meissner, who grew up in Bel Air in Harford County and graduated from Fallston High, won the world championship in 2006, when she finished sixth at the Turin Olympics at the age of 16. She later won Four Continents and the 2007 national title, and now is coaching rising junior Mia Eckels. Meissner graduated from Towson University in 2014. As of 2018, she was working as a part-time physical therapist at Johns Hopkins Hospital.

More about the new Hall of Fame inductees:

We send out our lovely email newsletter with useful tips and techniques, recent articles and upcoming events. Thousands of readers have signed up already. Get a free WordPress eBook now.
Davis & White, Kimmie Meissner, U.S. Figure Skating Hall Of Fame 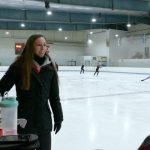