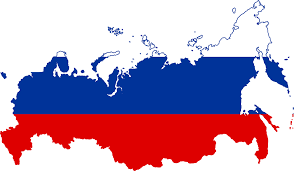 It is clear that over time it was simply impossible not to try to enter them. In an interview with TASS, Sophia confirmed: “I looked at Trusova and Shcherbakova and dreamed of trying some kind of quadruple. Of course, I wanted to be like them. I wondered if I could do it. I really wanted to feel this feeling of flying in a jump. Working with such famous athletes at the same skating rink adds an incentive to develop. ”

In December 2018, it became clear that Akatieva is the best at triple toe loop. Then she herself asked the trainers to try to twist four turns. She was allowed to do this on a “fishing rod” (a simulator that is attached to the skater with belts in the chest area and allows him to insure him when studying multi-turn elements – approx. “Lenta.ru”) and at some point it became clear that it was no longer necessary to support the skater.

12-year-old Sophia was allowed independent attempts, and in March she landed this jump for the first time. Almost in parallel with the sheepskin coat, the athlete also mastered the triple axel – she began to train in January 2019, and in April she left it for the first time.

After the sheepskin coat I thought: “Well, the quad has already turned out. A triple axel is probably no more difficult. ” And went

Two ultra-si jumps at 12 years old is not a record. Another student of Tutberidze, and now Evgenia Plushenko, Veronika Zhilina, jumped the first quad even earlier, soon adding an axel to it. And Sofia Samodelkina, who trains at CSKA with Sergey Davydov, learned two quads at about the same age. However, this phenomenon is still not that rare – almost unique.

By the way, in 2018 Akatieva took part in the Ice Age project of the First Channel and reached the final. According to her, Tutberidze advised the athlete to try herself in the show. And in 2019, Sophia became the winner of the Talented Kids Awards-2019 in the nomination “Sportswoman of the Year” according to Babyer Magazine. She received the award from the hands of the Olympic champion Alexei Yagudin

Competition among juniors in Russia is no weaker than among adults. At the same time, Akatieva stands out, despite the achievements of her rivals comparable to hers. The first and most important thing that she takes is stability. The second, no less important, is skating skills. Another thing is charisma and extremely meaningful skating, the ability to convey an image.

In the 2020/2021 season, Akatieva competed primarily with Samodelkina. In the offseason, Zhilina left the Tutberidze group for the Plushenko Academy, and it took her time to get comfortable and collect all the content. The athlete did not succeed in clean skates for a long time. The rest – Elizaveta Osokina, Adelia Petrosyan, Elizaveta Berestovskaya, Sofya Muravyova – in the presence of Akatieva and Samodelkina fought only for bronze…

More on the Russian junior woman at thegoaspotlight.com

We send out our lovely email newsletter with useful tips and techniques, recent articles and upcoming events. Thousands of readers have signed up already. Get a free WordPress eBook now.
Russian junior woman