Change in the Life of a Figure Skater

No matter how you slice it, switching coaches is really hard. Don’t get me wrong, I know that change is part of life. I’m almost positive that everyone’s parents have always preached that motto since the beginning of time. I’m pretty positive that people were talking about the fact that change is a part of life before ice skating was ever invented.

Over the course of the eight-plus years that I have been skating, I have taken lessons from a slew of coaches. I am actually struggling to count the number in my head as we speak. I believe the number is approaching ten at this point which I know sounds like a lot. The reason I have had so many coaches you may ask? Before you jump to any conclusions, I promise I’m not THAT hard to work with. The real answer in a single word is CHANGE. During the time that I have been skating, I have graduated high school, moved to a different state for college, started coaching students myself, graduated college, moved back to my home state, etc. The list goes on because a lot can happen in eight years! Coaches I have worked with have also moved, gotten married, as well as both moved after getting married.

I know that changing coaches can be a great decision but that doesn’t mean it isn’t hard. It is a decision that can get a skater out of whatever rut they may be in, help them to learn more challenging skills like that ever elusive Axel or simply propel their skating to new heights in all kinds of ways. For me, I’ve never really had to make the decision to make a change. Change it seems has often forced my hand.

As someone who started skating during High School, I have sometimes been fairly close in age to the people I have taken lessons from which has certainly made for an interesting dynamic. In the past I have had a coach who ended up becoming a friend, another was a friend who I ended up taking lessons from later and yet another who was my coach but ultimately became both a friend and a mentor over the course of time. Recently that coach has moved to a different state and I find myself back at the drawing board once more. She was someone who I knew would help me be a better skater, a better coach and ultimately a better person. How do you fill the void of someone who helped to guide you for over five years? I almost feel as if my left arm is missing.

While I wait for the rink to reopen, it’s down to thirteen days but clearly I’m not counting, I have some decisions to make. What is it that I’m looking for in a coach and are my expectations absurdly unrealistic? Have I been looking for the nonexistent “perfect” coach when I should have just been looking for the person who I feel like I can learn the most from? I have often heard the quote “When one door closes, another opens.” It would be futile to remain in the past and spend time focusing on what I have lost when I can instead spend time focusing on the opportunities that are coming. Confucius did say that “a journey of a thousand miles begins with a single step.” 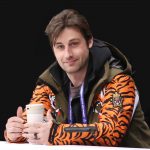 Brian Joubert on Life as a Figure Skating Coach