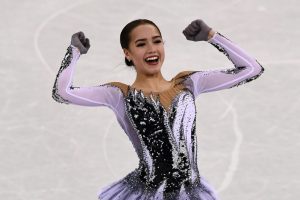 Zagitova, who had a comfortable lead after Friday’s short program, scored 142.17 points in the free skates to win her second-straight ISU Grand Prix of Figure Skating event. She booked a spot in December’s Grand Prix Finals in Vancouver.

The 16-year-old, who won the meet in Helsinki two weeks ago, earned a 222.95 total to finish 24.94 points ahead of compatriot Sofia Samodurova. South Korea’s Lim Eun Soo was third.

Shiraiwa, competing at this tournament as a substitute for compatriot Wakaba Higuchi, who withdrew due to a right-foot injury, fell while attempting her final jump.

“I wonder why I made that mistake. I want to win a medal at the national championship so I need to train more,” she said.

Japan’s Mako Yamashita, who made her senior debut this year, finished seventh, while Yura Matsuda was ninth.

We send out our lovely email newsletter with useful tips and techniques, recent articles and upcoming events. Thousands of readers have signed up already. Get a free WordPress eBook now.
Alina Zagitova, Rostelecom Cup 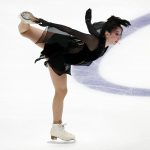